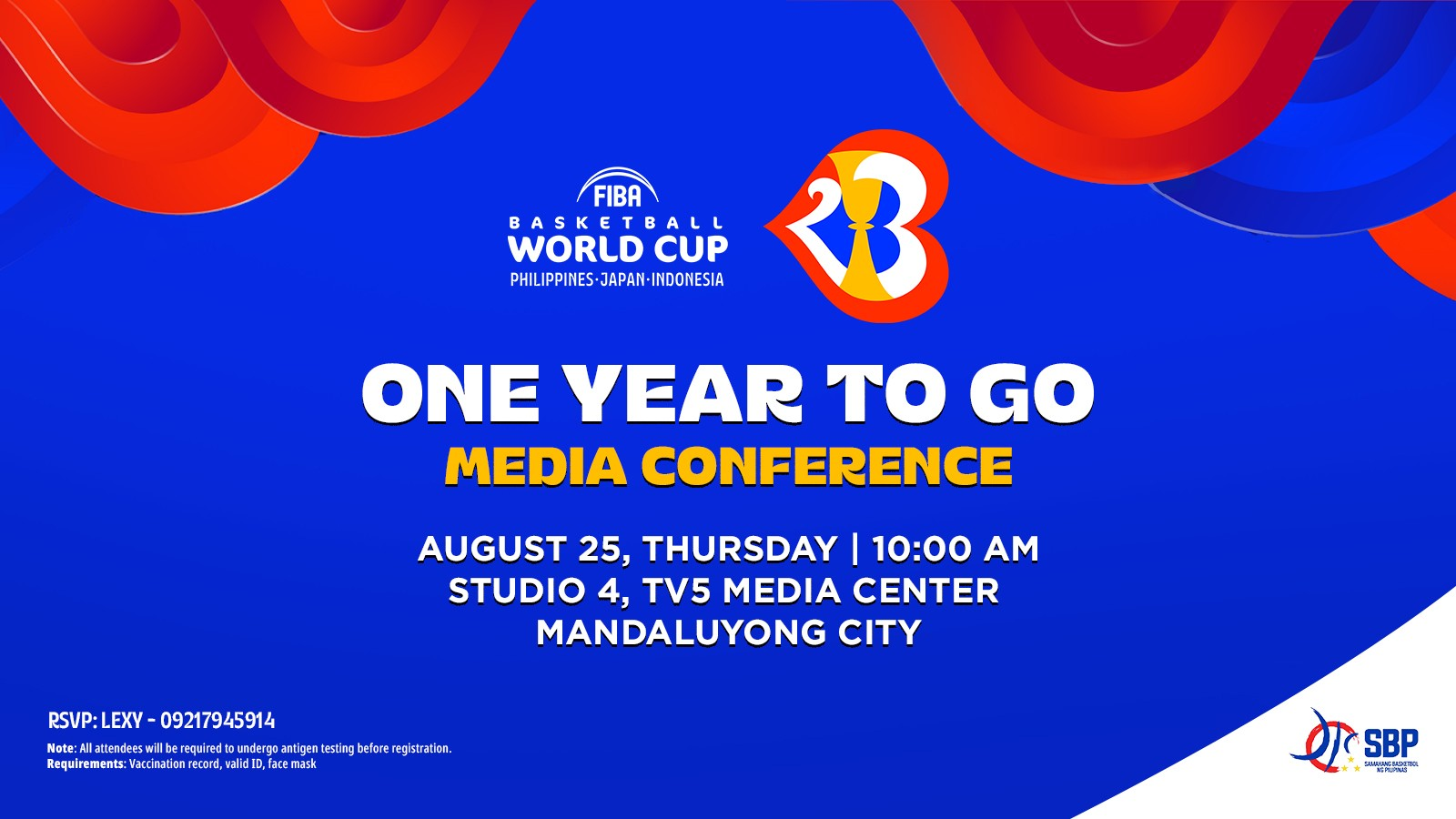 The Samahang Basketbol ng Pilipinas (SBP) is set to hold a press conference to celebrate the one-year countdown to the FIBA World Cup 2023.

Media members and partners are invited to the briefing on August 25, Thursday, at 10:00 AM at Studio 4, TV5 Media Center in Mandaluyong, Philippines.

Teams around the globe are still vying for seats in the World Cup with the fourth window of the qualifiers set to begin this month.

The biggest basketball event in the world will be hosted by the Philippines, alongside Japan and Indonesia.

The tournament’s group phase, which begins on August 25, 2023, will be played across the three host countries, while the final stage will be held in the Philippines.