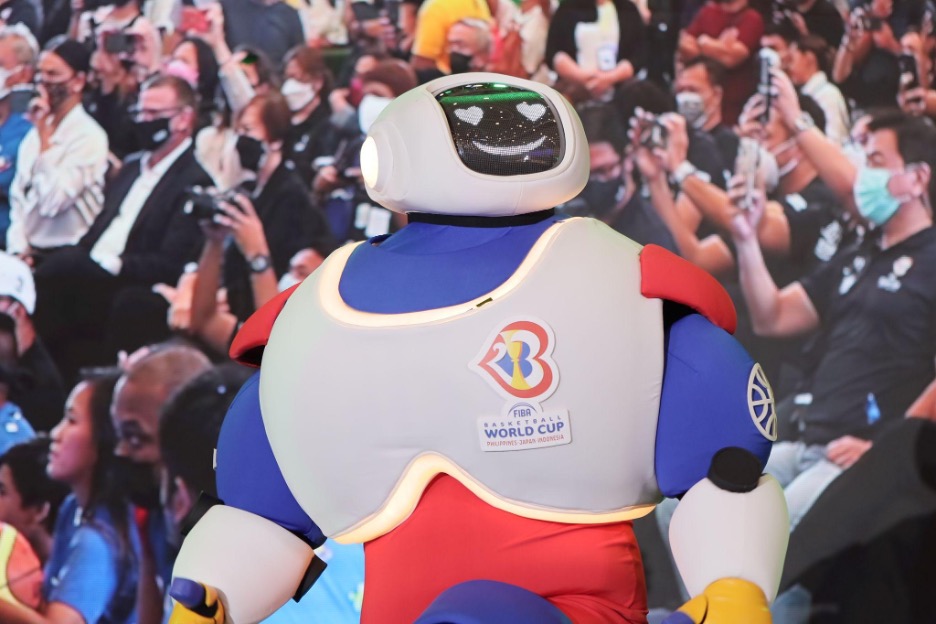 The Philippines finally got to meet JIP last Sunday, with the official mascot for the FIBA Basketball World Cup 2023 introduced to Filipinos at the SM Mall of Asia Atrium.

JIP – short for co-hosts Japan, Indonesia, and the Philippines – is considered a key component to the success of the 2023 edition of the world meet, as well as the future of the sport itself.

“One of the LOC’s objectives is to make basketball a more inclusive game, and the presence of JIP in our campaigns will draw the youth into the picture, an age group we cannot ignore, as they represent the next generation of players and fans,” seconded LOC Deputy Executive Director Erika Dy.

Suzara and Dy were present alongside FIBA Basketball World Cup 2023 Executive Director David Crocker and LOC Executive Director Sonny Barrios in the lively introductory event that also had a photo booth, arcade basketball, art tables, and an intermission from rock band Sponge Cola for the enjoyment of fans.

For its part, FIBA sees JIP and his launch as yet another step forward in the co-hosts’ preparations for the World Cup 2023.

“This is, still, a celebration of the World Cup 2023. I know the work all three countries put in together and I think it’s a great mascot. It symbolizes three countries working together. We want to show how basketball can make an impact outside of sport,” said Crocker.

Even more than basketball, JIP symbolizes sustainability, with his story stressing the importance of recycling and taking care of the environment. “The idea is we need to keep doing the right things for the world. Through basketball, and a story like JIP’s, we can make a difference,” said Crocker.

“The basket behind him promotes proper waste disposal and recycling. In addition, non-recyclable waste is converted into energy, to power his shoes. Overall, the futuristic concept of JIP is the perfect preview of how innovative and high-tech the FIBA World Cup 2023 will be,” added Dy.

After his launch, JIP is set to visit schools and local communities – not just in the Philippines, but also in co-host cities Okinawa, Japan and Jakarta, Indonesia – to share his story. Then in around three weeks, it’ll be officially one year to go before the FIBA World Cup 2023 and to mark the milestone, a countdown clock, courtesy of official timekeeper Tissot, will be unveiled.

Meanwhile, Crocker reiterated FIBA’s satisfaction at how the LOC continues to pick up steam with the world meet getting nearer and nearer, especially following another inspection of the Philippines’ three venues for the tournament: the Araneta Coliseum in Quezon City, the Mall of Asia Arena in Pasay, and the Philippine Arena in Bocaue, Bulacan.